Why are you running for a seat on the Board of Selectmen this year?

I want to see the town’s building projects come to completion in a professional way that will serve the town for the next fifty years without breaking the tax payers back. Since being elected I have been involved with the building project serving as the selectman’s liason to the MBC. It is important that the town design and build structures that will serve the town for the fifty years and not settle for “cheap” half measures that will only be out grown before we cut the tape and cost us more to patch and repair as time goes on.

Some other reasons I’m running include:

Born and raised in Newbury, I attended Newbury Elementary School, Triton Regional High School, and Governor Dummer Academy. As an elementary school student, I twice advanced to the world finals of Olympics of the Mind (now Destination Imagination). After receiving my Bachelors degree from Marlboro College, I returned to the area to work in the arts (theater and ceramics), and earned money as a carpenter and technician. I received a MA degree from Emerson College in theater education. I recently designed and built my own home, an energy efficient building that is also a net producer of electricity. I’ve recently returned to distance running completing my first half Iron Man last fall and the Boston Marathon this year. I currently work as an arborist with another Newbury resident while continuing to pursue artistic endeavors in theater, sculpture, dance, aerial silks and ceramics. I also enjoy occasional teaching in the arts.

In your opinion what is the best long-term solution to the facility and programming needs of the town’s public safety department?

There are two things that we need to do to meet the long-term facility needs for the town’s public safety departments. The first is to assess needs and associated costs; the second is to set up funding to accomplish these projects, making certain that funds for maintenance are built into the annual budget.

This leaves us with the difficult option of expanding the current town hall, bypassing the failing septic system, and tying into the Newburyport sewer system. This is not the ideal solution as it would result in a lot of disturbance to town functions as the renovations occur, but it is much closer to our current fiscal ability. It is my hope that a renovation would sufficiently meet the needs of the Police Department and improve the functioning of the Town Hall without unduly burdening the budget.

The schools are a significant chunk of Newbury’s operating budget. What is one thing, from a policy standpoint, that selectmen should do to protect the value of the Triton District to the community?

It has been demonstrated, countless times, that one of the most important things a community has is its school system. Although selectmen serve a vital role in protecting and improving the school district, they are overseers, not educators. The selectmen should not attempt to become involved in the minutia of the schools. We must make a choice. Will we make the district better, or will we allow it to atrophy?

Policy-wise, I think that the most important element is making sure that we continue to fund the school system. As a community, none of us are interested in wasting money, but we are interested in investing in the schools, an investment that ensures the long term growth of the community. In order for the youngest members of our society to be able to return to the area, we must ensure that their education provides them with a base for success. Most importantly, the Selectmen must lobby the State to fully provide the services and funding which were promised when the Triton Regional District was formed.

Describe a specific action that selectmen could take to engage more voices in the political process locally.

Listening is key to effective communication. If elected, I will make sure that I am available and attentive to the needs and concerns of Newbury residents. The selectman have taken a first step by recording meetings for cable TV. Increasingly, social media is being used to communicate with constituents, and Newbury should also utilize these tools to reach out to residents. Reaching out is only effective if we also listen to the responses. If elected, I promise to be available, listen carefully, and respond to the concerns of all members of the community. 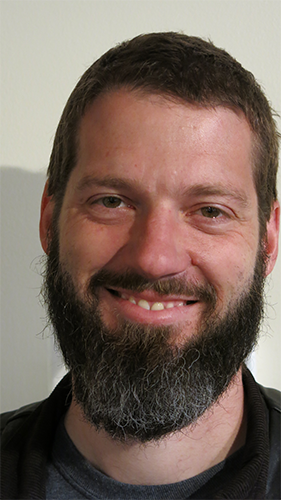